This morning I rounded the corner into the drop off lane at school and witnessed a miracle. Everyone was doing it right. No one was parked by the kinder rooms waiting for the doors to open, no one had left a parked car in the hug & go lane to walk their kid to class. All the cars were pulling up as far as they could, dropping off students and then driving away in the correct lane. It was really, really weird. It felt like there was a rift in the space time continuum. Weird I tell you. There was another 20 minutes before the upper grades had their final bell so I'm sure someone fucked the whole thing up before school started though.


The moths are back. They can hibernate in the pupae state apparently. This has been going on for a couple weeks and I just couldn't summon the strength to discuss it here. The pantry has been searched again and nothing has larvae in it and I can't find any pupae. The pupae can be in tiny cracks in the shelves or in areas outside the pantry. The pheromone trap has gotten a handful of moths and we have killed a half dozen or so. One moth was even trapped in a Ziploc after emerging from it's pupae in said Ziploc full of tea bags. Scott and I searched every tea bag and couldn't find the pupae. We threw the whole bag out of course. Sigh. That bag had been in the pantry since the original moth war lending credence to the hibernation theory and demonstrating the worthiness of all my cleaning, bagging and food containering. So there's that.


I survived the girl's 5th grade camping field trip. This should be applauded for at least 2 reasons.


2. 3 days & 2 nights with 70 5th graders. I really shouldn't have to explain why you should be clapping for this.


The girl has to bring a 'sweet treat' to a school party tomorrow and I wanted to pick up something sweet to bring to my GNO tomorrow night where we will be having 'Booze & Snacks'. I'm over the puking and while I'm sort of hungry, I'm also sort of leery of any food and nothing really sounds good. This made it really hard to be decisive on picking treats. I did a lot of wandering and staring and then this happened: 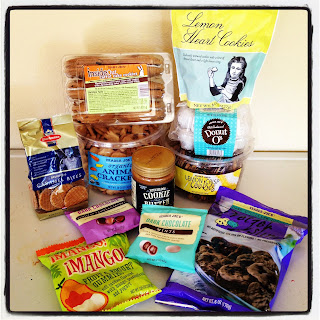 My kids are gonna be thrilled. My thighs will not.

Check Out My Ass!

I almost titled this post "Happy Mother's Day to Me" or something like that, because it is sort of about my Mother's Day, but in the end it's really about my ass.

I have to admit I was a little bent that Scott didn't plan anything or get me a gift for Mother's Day. Instead he said we could do whatever I wanted. I really just wanted a nice day with my family. No extravagant gifts necessary, though I did feel like a bit of thought on his part would have been awesome.

After the kids gave me their sweet cards and Scott gave me the gift of free choice, I was a little salty (only to Scott, not to my precious offspring).

Also, I might not have been feeling super after the 2 "Bob Drinks" I had the night before, which involve so much vodka it's really like 4 or more regular drinks (Bob is not my friend's real name, obviously, as everything here is anonymous- that is if you don't know me) and I did have to get ready to teach my regular Sunday morning x-bike classes. (Note to self: don't go to Bob's house the night before teaching x-bike. duh!)

Anyhow, somehow I survived the x-biking, started feeling a bit better and decided I wanted a pedicure, Pinkberry and not to be in charge of dinner. I took the girl with me for the pedicures and when we went for Pinkberry my 6 y/o brought his wallet and paid for my yogurt. The Pinkberry people thought it was so adorable and they were right!

Near Pinkberry are several new clothing boutiques that Scott encouraged me to wander in and "pick out something pretty" because he's from the 1960s apparently. So I did.

It felt a bit odd shopping somewhere other than Target, Old Navy or Marshall's, but I did find jeans that I love. They are Miss Me brand which allegedly is a good thing and they are cigarette length which the sales lady claims are "very in" right now. I did stand looking in the mirror at the length somewhat confused for awhile and let the lady talk and talk to convince me of how "now" this style is. She offered me heels to try on which made me laugh as I don't so much wear heels with jeans, I mean maybe a wedge, but heels?

I bought the pants because my whole family said I should get them, Scott did not even give me stink eye over the price and if I do say so myself... my ass looks great in them. Check it out: 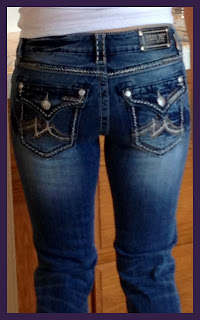 Lucky for Scott, the day was a win. I probably should have shopped longer and harder, but I really wanted to go home and take a nap. Damn you Bob!

Posted by Lil Tirade at 3:09 PM No comments: Links to this post

This morning in the shower I was thinking about Kenny Rogers. No, not like that. Eww. Gross.


I was thinking about this thing that I'm involved with and whether or not I should continue to be involved in said thing. I was weighing the enjoyment I get from it vs. the amount of time I spend wanting to bang my head against the wall, when the chorus of The Gambler sung by Kenny Rogers popped into my head:


It was then that I fully realized that Kenny wasn't just singing about poker. Those lyrics are a metaphor for life people. One can apply this advice to relationships, jobs, volunteering, shopping, eating, blogging, eyebrow tweezing, zit popping, etc. I can't think of something it wouldn't work for.


I think I just found my next tattoo. Wait. That might not actually be good a idea. It's a lot of words and would take a long time causing much pain and costing much money and where would I put it really? I guess on my back, but then when I'm really old and wrinkly it could be difficult to read. Yeah, never mind.


I was so impressed by Kenny's words of wisdom that I googled the lyrics and found out not only are there a lot of profound lyrics in that song:


I also found out Kenny is just the messenger. Four other obviously super deep people are the writers. For complete lyrics and a list of who actually wrote The Gambler go here. Be warned a pop up will appear asking you if you'd like to download The Gambler ringtone. I said "no thanks", but it's okay if you want to buy it.


As for the thing... For the moment I'm going to hold 'em, but I'll be watching the other people's eyes to see what cards they're holding and hope I know when to fold 'em. And also when to run like hell.

Email ThisBlogThis!Share to TwitterShare to FacebookShare to Pinterest
Labels: Kenny Rogers, know when to walk away, metaphor for life, The Gambler
Newer Posts Older Posts Home
Subscribe to: Posts (Atom)

Lil Tirade
I blog to amuse myself. I hope I amuse you too.

Promote Your Page Too